The year 1990 saw a relatively significant slowdown in City Hunter’s anime output from its late 80s peak. The third TV series finished up in the Autumn 1989 season after an uncharacteristically brief thirteen episode run and wouldn’t receive another serialised television outing until City Hunter 91. In spite of these factors Tsukasa Hojo’s original manga was still going strong in the funny pages; the lovable cast still charted highly in popularity polls, with Kaori regularly breaking into the top ten and Ryo himself taking the number one male character spot on the fan voted Animage Grand Prix in 1989 (a feat he would perform again in 1990). The public were clearly still gaga for the gang yet they had little besides the manga to tide them over. Eager to capitalise Yomiuri Telecasting Corporation and Sunrise elected to spoil the fans by commissioning not one but two City Hunter OVAs to release simultaneously on August 25th. It’d be the greatest double feature since My Neighbour Totoro and Grave Of The Fireflies!

In the intervening time the mainstay City Hunter production team had been taking it fairly easy. Veteran director Kenji Kodama was busying himself on the Rose Of Versailles movie over at TMS. However other key staff such as longtime series composer Yasushi Hirano or animation director Takeo Kitahara hadn’t been up to much since City Hunter TV 3 wrapped, but one could presume from this that many of them had been tapped at an early stage for this project. Happily the nature of the double feature production meant that crew could be distributed across the two OVAs where their strengths would play best and this in turn provided an opportunity to the creative folks who had proven themselves across multiple City Hunter anime to really showcase their skills, leading to a pair of stories that are quintessentially in the spirit of the franchise yet coming from almost opposite directions.

The features are great exercises in contrast in more ways than one. Bay City Wars is the more outrageous of the two, finding Kaori and Miki trapped inside a luxury resort invaded by a recently deposed South American dictator as Ryo and frenemy Umibozu attempt an infiltration to stop the terrorists unleashing nuclear war. On the flip side Million Dollar Conspiracy is a smaller stakes yet equally tense affair as a beautiful blonde who’s not all she seems hires Ryo as a bodyguard for the princely sum of one million dollars to protect her from a devious hitman with a penchant for RC toys loaded with explosives. It’s a great belief in the versatility of City Hunter’s cast to place them in such wildly different predicaments but even more impressive that they pull it off without feeling awkward.

Clarity of focus (and shorter individual runtimes) is a boon to that cause as each OVA seeks to emphasise a different facet of City Hunter’s appeal to varying degrees. Million Dollar Conspiracy is the closest to what you might call “classic” City Hunter; a payday that’s too good be true, an alluring stranger with a tragic past and a showdown with their tormentor, seasoned liberally with Ryo’s trademark lack of respect for womens personal boundaries. While in structure it kinda falls into the old trap of feeling like a longer TV episode its twisting plot and confident direction help to elevate it above the norm. The tighter focus on the characters may mean greater opportunity for Ryo to act the maggot but it pushes the more tender, sentimental aspects to the fore as well, with Kaori & Ryo’s will they/won’t they relationship getting some added depth (though it is gleefully skewered early on when she proposes sleeping with him purely to quell his base urges and keep his grubby mitts off the client). Bay City Wars however comes roaring right out the gate with action from end to end, leaving Ryo with little time to make inappropriate advances on whatever woman enters his orbit. It establishes itself much more cinematically, immediately thrusting our heroes into a larger crisis than they would typically deal with such that Bay City Wars feels like the genuine “event” film of the two. Its succession of bombastic set-pieces means there isn’t a whole lot here in the way of characterisation though seeing the gang let loose to engage in Dirty Pair-levels of property destruction is a refreshing perspective in and of itself. It’s still plenty funny as well, managing to mine humour from less salacious sources so there’s a bit more range to the comedy beyond Ryo snooping on women; on that merit alone it proves the standout from this pairing.

On a technical level however you can easily say both parts up their game significantly from the just-above-TV-grade animation of .357 Magnum. Without the pressures of another City Hunter TV series to toil on at the same time the regular staff are free to let their hair down here. That energy is palpable throughout Bay City Wars as Ryo and Umibozu negotiate gun batteries, battalions of soldiers, deranged henchmen and explosive traps almost without stopping to breathe. Director Kenji Kodama had a little storyboarding help from Takashi Imanishi of Gundam 0083 fame on this one which may go towards explaining why things blow up so good here. Not that Million Dollar Conspiracy let’s you down in this regard either; it follows on more closely from City Hunter 3 and retains the more refined look of that series. Animator and longtime CH character designer Sachiko Kamimura gets to co-direct the animation along with Nobuyoshi Nishimura, featuring lots of expressive movement in the lighter scenes but culminating in a thrilling showdown at an abandoned race track rigged with bombs that Ryo ducks and dives his way through in pursuit of his quarry.

Bay City Wars is an obvious riff on Christmas staple Die Hard and while its own tower heist is a few years removed from that film it did almost coincide with divisive sequel Die Hard 2 which hit cinemas on June 29th of 1990. In fact there were a raft of action franchise continuations this year in the form of Robocop 2, Predator 2, Delta Force 2, Another 48 Hours and of course Bloodfist 2 starring Don ‘The Dragon” Wilson. Though the Berlin Wall may have come down in ’89 the residual tensions of the Cold War, sleeper agents and espionage persisted and were reflected in other media such as The Hunt For Red October and La Femme Nikita. Million Dollar Conspiracy followed suit by having its eventual main villain revealing himself as a “Yuri” or the progeny of Russian spies in America whose mission he carries on while working deep undercover as a high level CIA operative. World events hit close to home again in Bay City Wars, as main antagonist General Gilliam and his situation bear similarities to Panamanian dictator Manuel Noriega who was deposed at the start of 1990 by US forces. With the sentencing of Oliver North for his role in the Iran-Contra scandal (though he was acquitted on appeal later) the various interventions of the United States in the affairs of foreign nations were being deeply scrutinised and as to whether these actions had any net positive outcome. Indeed when some suits from the Pentagon try to throw their weight around at the police cordon in Bay City Wars they are rebuffed by Ryo’s friend on the force Saeko, who assures them they’ve made enough of a mess of things already. 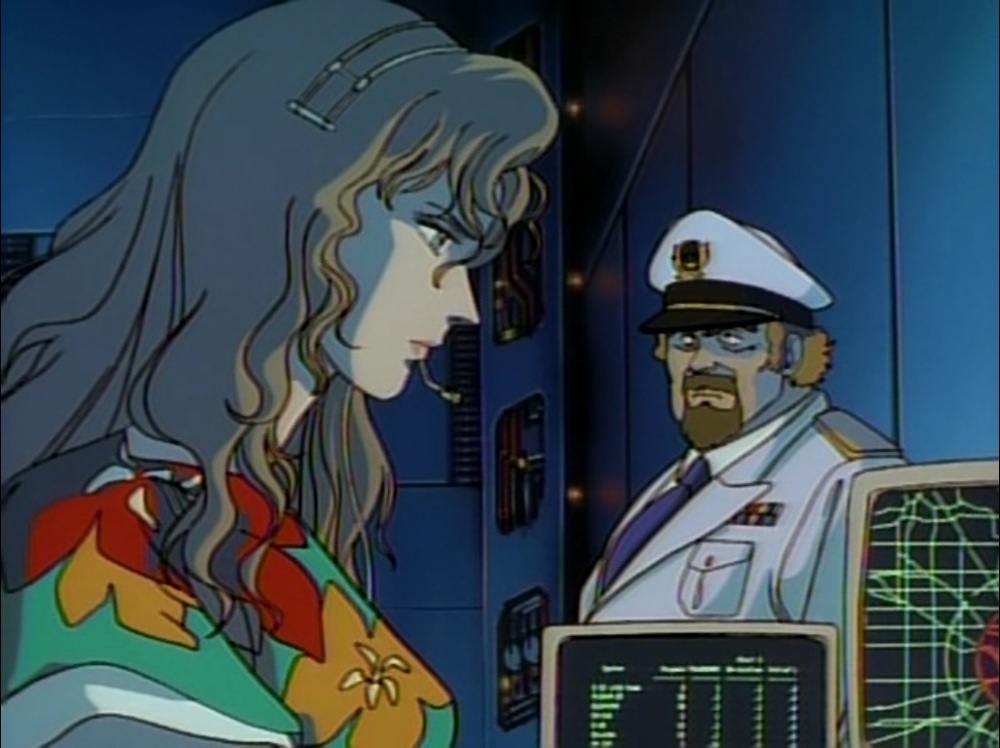 In the realm of anime there was also a more hard-nosed outlook on the world. This year saw the release of lurid Bubblegum Crisis spin-off AD Police followed closely by the triple threat Escape From New York homage Cyber City Oedo 808. Topped off by the first instalment of Mad Bull 34 (on December 21st, just in time for Christmas!) it seemed to signal a hunger for more chaotic, dystopian visions of society that would make sense of these volatile times. Along came the first dread rumblings of the crash of the bubble economy after the Nikkei plunged nearly fifty percent and people were bracing themselves for a less sunny forecast.

City Hunter was content to surf along on the good times while they lasted though, and this double decker blowout was a great celebration of the franchise highs that they thought they mightn’t see the like of again. As we will discover in later entries they’re no strangers to bouncing back from obscurity and firing imaginations anew. It bodes well then for Shinjuku Private Eyes if it can bring that youthful exuberance back to the big screen again and give us an old-fashioned hero to rescue us from the ever-present, wearying grind of our current age.